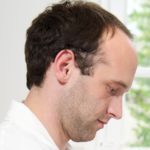 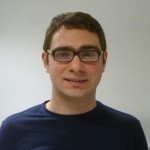 Metal acquisition and intracellular trafficking are crucial for all cells and metal ions have been recognized as virulence determinants in bacterial pathogens. Virulence of the human gastric pathogen Helicobacter pylori is dependent on nickel, cofactor of two enzymes essential for in vivo colonization, urease and [NiFe] hydrogenase. We found that two small paralogous nickel-binding proteins with high content in Histidine (Hpn and Hpn-2) play a central role in maintaining non-toxic intracellular nickel content and in controlling its intracellular trafficking. Measurements of metal resistance, intracellular nickel contents, urease activities and interactomic analysis were performed. We observed that Hpn acts as a nickel-sequestration protein, while Hpn-2 is not. In vivo, Hpn and Hpn-2 form homo-multimers, interact with each other, Hpn interacts with the UreA urease subunit while Hpn and Hpn-2 interact with the HypAB hydrogenase maturation proteins. In addition, Hpn-2 is directly or indirectly restricting urease activity while Hpn is required for full urease activation. Based on these data, we present a model where Hpn and Hpn-2 participate in a common pathway of controlled nickel transfer to urease. Using bioinformatics and top-down proteomics to identify the predicted proteins, we established that Hpn-2 is only expressed by H. pylori and its closely related species Helicobacter acinonychis. Hpn was detected in every gastric Helicobacter species tested and is absent from the enterohepatic Helicobacter species. Our phylogenomic analysis revealed that Hpn acquisition was concomitant with the specialization of Helicobacter to colonization of the gastric environment and the duplication at the origin of hpn-2 occurred in the common ancestor of H. pylori and H. acinonychis. Finally, Hpn and Hpn-2 were found to be required for colonization of the mouse model by H. pylori. Our data show that during evolution of the Helicobacter genus, acquisition of Hpn and Hpn-2 by gastric Helicobacter species constituted a decisive evolutionary event to allow Helicobacter to colonize the hostile gastric environment, in which no other bacteria persistently thrives. This acquisition was key for the emergence of one of the most successful bacterial pathogens, H. pylori.