Diversity of mucoid to non-mucoid switch among carbapenemase-producing Klebsiella pneumoniae. 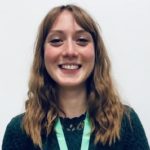 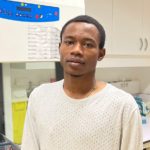 Klebsiella pneumoniae is a leading cause of intractable hospital-acquired multidrug-resistant infections and carbapenemase-producing K. pneumoniae (CPKp) are particularly feared. Most of the clinical isolates produce capsule as a major virulence factor. Recombination events at the capsule locus are frequent and responsible for capsule diversity within Klebsiella spp. Capsule diversity may also occur within clonal bacterial populations generating differences in colony aspect. However, little is known about this phenomenon of phenotypic variation in CPKp and its consequences.Here, we explored the genetic causes of in vitro switching from capsulated, mucoid to non-mucoid, non-capsulated phenotype in eight clinical CPKp isolates. We compared capsulated, mucoid colony variants with one of their non-capsulated, non-mucoid isogenic variant. The two colony variants were distinguished by their appearance on solid medium. Whole genome comparison was used to infer mutations causing phenotypic differences. The frequency of phenotypic switch was strain-dependent and increased along with colony development on plate. We observed, for 72 non-capsulated variants that the loss of the mucoid phenotype correlates with capsule deficiency and diverse genetic events, including transposition of insertion sequences or point mutations, affecting genes belonging to the capsule operon. Reduced or loss of capsular production was associated with various in vitro phenotypic changes, affecting susceptibility to carbapenem but not to colistin, in vitro biofilm formation and autoaggregation.The different impact of the phenotypic variation among the eight isolates in terms of capsule content, biofilm production and carbapenem susceptibility suggested heterogeneous selective advantage for capsular loss according to the strain and the mutation. Based on our results, we believe that attention should be paid in the phenotypic characterization of CPKp clinical isolates, particularly of traits related to virulence and carbapenem resistance.