Depletion or cleavage of cohesin during anaphase differentially affects chromatin structure and segregation. 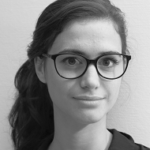 Chromosome segregation requires both the separation of sister chromatids and the sustained condensation of chromatids during anaphase. In yeast cells, cohesin is not only required for sister chromatid cohesion but also plays a major role determining the structure of individual chromatids in metaphase. Separase cleavage is thought to remove all cohesin complexes from chromosomes to initiate anaphase. It is thus not clear how the length and organisation of segregating chromatids is maintained during anaphase in the absence of cohesin. Here we show that degradation of cohesin at the anaphase onset causes aberrant chromatid segregation. Hi-C analysis on segregating chromatids demonstrates that cohesin depletion causes loss of intrachromatid organisation. Surprisingly, TEV-mediated cleavage of cohesin does not dramatically disrupt chromatid organisation in anaphase, explaining why bulk segregation is achieved. In addition, we identified a small pool of cohesin complexes bound to telophase chromosomes in wildtype cells and show that they play a role in the organisation of centromeric regions. Our data demonstrates that in yeast cells cohesin function is not over in metaphase, but extends to the anaphase period when chromatids are segregating.