e.g. searching for members in projects tagged cancer
Search for
Count
IN
OUT
Content 1
Content 2
Search
Go back
Scroll to top
Share
Global DNA hypermethylation pattern and unique gene expression signature in liver cancer from patients with Indigenous American ancestry
Epidemiological projections of viral-induced hepatocellular carcinoma in the perspective of WHO global hepatitis elimination.
© Research
Publication : The Journal of infection 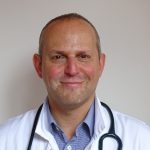 The impact of antibiotic resistance (AMR) on initial hospital management has been extensively studied but its consequences after hospital discharge remain largely unknown. We aimed to analyze hospital care trajectories, cumulative length of hospital stays (c-LOS) and associated costs of care over a 1-year period after hospitalization with incident AMR infection.All incident bacterial infection-related hospitalizations occurring from January 1, 2015, to December 31, 2015 and recorded in the French national health data information system were extracted. Bacterial resistance ICD-10 codes determined six infection status. Inpatient and outpatient care consumption and associated costs were studied. The impact of resistance on c-LOS was estimated using a Poisson regression. A sequence analysis through optimal matching method was conducted to identify hospital trajectories along with an extrapolation.Of the 73,244 patients selected, 15.9% had AMR infection, thus providing 58,286 incident AMR infections after extrapolation. c-LOS was significantly longer for infections with resistant bacteria, reaching 20.4 days and 2.9 additional days IC95%[2.6; 3.2] for skin and soft tissue infections. An estimated 29,793 (51.1%) patients had hospital readmission within the following year, for a total cost of €675 million. Five post-discharge trajectories were identified: Post-hospitalization mainly at home (68.4% of patients); Transition to home from rehabilitation care (12.3%); Early death (<3 months) (9.7%); Late death (7.4%), and Long-term hospitalization (2.2%).AMR has an impact on patients’c-LOS stay beyond the initial hospitalization. Half of patients hospitalized due to AMR are readmitted to hospital within the ensuing year, along five different trajectories.French Ministry of health.