e.g. searching for members in projects tagged cancer
Search for
Count
IN
OUT
Content 1
Content 2
Search
Go back
Scroll to top
Share
Search for gravitational-wave bursts from soft gamma repeaters
Specificity and affinity of human Fcgamma receptors and their polymorphic variants for human IgG subclasses
© Research
Publication : PLoS One 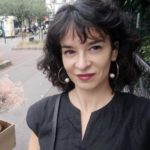 Clostridium perfringens produces numerous toxins, which are responsible for severe diseases in man and animals. Delta toxin is one of the three hemolysins released by a number of C. perfringens type C and possibly type B strains. Delta toxin was characterized to be cytotoxic for cells expressing the ganglioside G(M2) in their membrane. Here we report the genetic characterization of Delta toxin and its pore forming activity in lipid bilayers. Delta toxin consists of 318 amino acids, its 28 N-terminal amino acids corresponding to a signal peptide. The secreted Delta toxin (290 amino acids; 32619 Da) is a basic protein (pI 9.1) which shows a significant homology with C. perfringens Beta toxin (43% identity), with C. perfringens NetB (40% identity) and, to a lesser extent, with Staphylococcus aureus alpha toxin and leukotoxins. Recombinant Delta toxin showed a preference for binding to G(M2), in contrast to Beta toxin, which did not bind to gangliosides. It is hemolytic for sheep red blood cells and cytotoxic for HeLa cells. In artificial diphytanoyl phosphatidylcholine membranes, Delta and Beta toxin formed channels. Conductance of the channels formed by Delta toxin, with a value of about 100 pS to more than 1 nS in 1 M KCl and a membrane potential of 20 mV, was higher than those formed by Beta toxin and their distribution was broader. The results of zero-current membrane potential measurements and single channel experiments suggest that Delta toxin forms slightly anion-selective channels, whereas the Beta toxin channels showed a preference for cations under the same conditions. C. perfringens Delta toxin shows a significant sequence homolgy with C. perfringens Beta and NetB toxins, as well as with S. aureus alpha hemolysin and leukotoxins, but exhibits different channel properties in lipid bilayers. In contrast to Beta toxin, Delta toxin recognizes G(M2) as receptor and forms anion-selective channels.

https://journals.plos.org/plosone/article?id=10.1371/journal.pone.0003764
Published on: 19 Nov 2008 • Modified on: 22 Dec 2020
We use cookies on our website to give you the most relevant experience by remembering your preferences and repeat visits. By clicking “Accept”, you consent to the use of ALL the cookies.
Cookie settingsACCEPT
Manage consent