e.g. searching for members in projects tagged cancer
Search for
Count
IN
OUT
Content 1
Content 2
Search
Go back
Scroll to top
Share
Could clinical symptoms be a predictor of complications in Zika virus infection? – Authors’ reply
Control of Clostridium difficile Physiopathology in Response to Cysteine Availability
© Research
Publication : FASEB journal : official publication of the Federation of American Societies for Experimental Biology 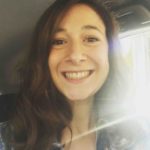 DYX1C1, DCDC2, and KIAA0319 are three of the most replicated dyslexia candidate genes (DCGs). Recently, these DCGs were implicated in functions at the cilium. Here, we investigate the regulation of these DCGs by Regulatory Factor X transcription factors (RFX TFs), a gene family known for transcriptionally regulating ciliary genes. We identify conserved X-box motifs in the promoter regions of DYX1C1, DCDC2, and KIAA0319 and demonstrate their functionality, as well as the ability to recruit RFX TFs using reporter gene and electrophoretic mobility shift assays. Furthermore, we uncover a complex regulation pattern between RFX1, RFX2, and RFX3 and their significant effect on modifying the endogenous expression of DYX1C1 and DCDC2 in a human retinal pigmented epithelial cell line immortalized with hTERT (hTERT-RPE1). In addition, induction of ciliogenesis increases the expression of RFX TFs and DCGs. At the protein level, we show that endogenous DYX1C1 localizes to the base of the cilium, whereas DCDC2 localizes along the entire axoneme of the cilium, thereby validating earlier localization studies using overexpression models. Our results corroborate the emerging role of DCGs in ciliary function and characterize functional noncoding elements, X-box promoter motifs, in DCG promoter regions, which thus can be targeted for mutation screening in dyslexia and ciliopathies associated with these genes.-Tammimies, K., Bieder, A., Lauter, G., Sugiaman-Trapman, D., Torchet, R., Hokkanen, M.-E., Burghoorn, J., Castrén, E., Kere, J., Tapia-Páez, I., Swoboda, P. Ciliary dyslexia candidate genes DYX1C1 and DCDC2 are regulated by Regulatory Factor (RF) X transcription factors through X-box promoter motifs.