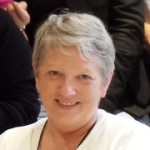 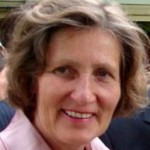 A critical role for intracellular TLR9 has been described in recognition and host resistance to Leishmania parasites. As TLR9 requires endolysosomal proteolytic cleavage to achieve signaling functionality, we investigated the contribution of different proteases like asparagine endopeptidase (AEP) or cysteine protease cathepsins B (CatB), L (CatL) and S (CatS) to host resistance during Leishmania major (L. major) infection in C57BL/6 (WT) mice and whether they would impact on TLR9 signaling. Unlike TLR9-/-, which are more susceptible to infection, AEP-/-, CatL-/- and CatS-/- mice are as resistant to L. major infection as WT mice, suggesting that these proteases are not individually involved in TLR9 processing. Interestingly, we observed that CatB-/- mice resolve L. major lesions significantly faster than WT mice, however we did not find evidence for an involvement of CatB on either TLR9-dependent or independent cytokine responses of dendritic cells and macrophages or in the innate immune response to L. major infection. We also found no difference in antigen presenting capacity. We observed a more precocious development of T helper 1 responses accompanied by a faster decline of inflammation, resulting in resolution of footpad inflammation, reduced IFNγ levels and decreased parasite burden. Adoptive transfer experiments into alymphoid RAG2-/-γc-/- mice allowed us to identify CD3+ T cells as responsible for the immune advantage of CatB-/- mice towards L. major. In vitro data confirmed the T cell intrinsic differences between CatB-/- mice and WT. Our study brings forth a yet unappreciated role for CatB in regulating T cell responses during L. major infection.