e.g. searching for members in projects tagged cancer
Search for
Count
IN
OUT
Content 1
Content 2
Search
Go back
Scroll to top
Share
Composition and Functions of the Gut Microbiome in Pediatric Obesity: Relationships with Markers of Insulin Resistance.
Cross-resistance of the chloroquine-derivative AQ-13 with amodiaquine in Cambodian Plasmodium falciparum isolates.
© Research
Publication : Molecular brain

A role for BDNF- and NMDAR-induced lysosomal recruitment of mTORC1 in the regulation of neuronal mTORC1 activity. 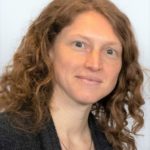 Memory and long term potentiation require de novo protein synthesis. A key regulator of this process is mTORC1, a complex comprising the mTOR kinase. Growth factors activate mTORC1 via a pathway involving PI3-kinase, Akt, the TSC complex and the GTPase Rheb. In non-neuronal cells, translocation of mTORC1 to late endocytic compartments (LEs), where Rheb is enriched, is triggered by amino acids. However, the regulation of mTORC1 in neurons remains unclear. In mouse hippocampal neurons, we observed that BDNF and treatments activating NMDA receptors trigger a robust increase in mTORC1 activity. NMDA receptors activation induced a significant recruitment of mTOR onto lysosomes even in the absence of external amino acids, whereas mTORC1 was evenly distributed in neurons under resting conditions. NMDA receptor-induced mTOR translocation to LEs was partly dependent on the BDNF receptor TrkB, suggesting that BDNF contributes to the effect of NMDA receptors on mTORC1 translocation. In addition, the combination of Rheb overexpression and artificial mTORC1 targeting to LEs by means of a modified component of mTORC1 fused with a LE-targeting motif strongly activated mTOR. To gain spatial and temporal control over mTOR localization, we designed an optogenetic module based on light-sensitive dimerizers able to recruit mTOR on LEs. In cells expressing this optogenetic tool, mTOR was translocated to LEs upon photoactivation. In the absence of growth factor, this was not sufficient to activate mTORC1. In contrast, mTORC1 was potently activated by a combination of BDNF and photoactivation. The data demonstrate that two important triggers of synaptic plasticity, BDNF and NMDA receptors, synergistically power the two arms of the mTORC1 activation mechanism, i.e., mTORC1 translocation to LEs and Rheb activation. Moreover, they unmask a functional link between NMDA receptors and mTORC1 that could underlie the changes in the synaptic proteome associated with long-lasting changes in synaptic strength.