e.g. searching for members in projects tagged cancer
Search for
Count
IN
OUT
Content 1
Content 2
Search
Go back
Scroll to top
Share
Metabolic regulation by PPARγ is required for IL-33-mediated activation of ILC2s in lung and adipose tissue.
The olfactory deficits of depressed patients are restored after remission with venlafaxine treatment.
© Research
Publication : Sensors (Basel, Switzerland) 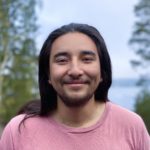 Fetal movements (FM) are an important factor in the assessment of fetal health. However, there is currently no reliable way to monitor FM outside clinical environs. While extensive research has been carried out using accelerometer-based systems to monitor FM, the desired accuracy of detection is yet to be achieved. A major challenge has been the difficulty of testing and calibrating sensors at the pre-clinical stage. Little is known about fetal movement features, and clinical trials involving pregnant women can be expensive and ethically stringent. To address these issues, we introduce a novel FM simulator, which can be used to test responses of sensor arrays in a laboratory environment. The design uses a silicon-based membrane with material properties similar to that of a gravid abdomen to mimic the vibrations due to fetal kicks. The simulator incorporates mechanisms to pre-stretch the membrane and to produce kicks similar to that of a fetus. As a case study, we present results from a comparative study of an acoustic sensor, an accelerometer, and a piezoelectric diaphragm as candidate vibration sensors for a wearable FM monitor. We find that the acoustic sensor and the piezoelectric diaphragm are better equipped than the accelerometer to determine durations, intensities, and locations of kicks, as they have a significantly greater response to changes in these conditions than the accelerometer. Additionally, we demonstrate that the acoustic sensor and the piezoelectric diaphragm can detect weaker fetal movements (threshold wall displacements are less than 0.5 mm) compared to the accelerometer (threshold wall displacement is 1.5 mm) with a trade-off of higher power signal artefacts. Finally, we find that the piezoelectric diaphragm produces better signal-to-noise ratios compared to the other two sensors in most of the cases, making it a promising new candidate sensor for wearable FM monitors. We believe that the FM simulator represents a key development towards enabling the eventual translation of wearable FM monitoring garments.