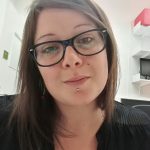 Curly horses present a variety of curl phenotypes that are associated with various degrees of curliness of coat, mane, tail and ear hairs. Their origin is still a matter of debate and several genetic hypotheses have been formulated to explain the diversity in phenotype, including the combination of autosomal dominant and recessive alleles. Our purpose was to map the autosomal dominant curly hair locus and identify the causal variant using genome-wide association study (GWAS) and whole-genome sequencing approaches.

A GWAS was performed using a Bayesian sparse linear mixed model, based on 51 curly and 19 straight-haired French and North American horses from 13 paternal families genotyped on the Illumina EquineSNP50 BeadChip. A single strong signal was observed on equine chromosome 11, in a region that encompasses the type I keratin gene cluster. This region was refined by haplotype analysis to a segment including 36 genes, among which are 10 keratin genes (KRT–10, –12, –20, –23, –24, –25, –26, –27, –28, –222). To comprehensively identify candidate causal variants within all these genes, whole-genome sequences were obtained for one heterozygous curly stallion and its straight-haired son. Among the four non-synonymous candidate variants identified and validated in the curly region, only variant g.21891160G>A in the KRT25 gene (KRT25:p.R89H) was in perfect agreement with haplotype status in the whole pedigree. Genetic association was then confirmed by genotyping a larger population consisting of 353 horses. However, five discordant curly horses were observed, which carried neither the variant nor the main haplotype associated with curliness. Sequencing of KRT25 for two discordant horses did not identify any other deleterious variant, which suggests locus rather than allelic heterogeneity for the curly phenotype.

We identified the KRT25:p.R89H variant as responsible for the dominant curly trait, but a second dominant locus may also be involved in the shape of hairs within North American Curly horses.