Towards the elucidation of the morphogenesis, organization and functioning of respiratory syncytial virus factories 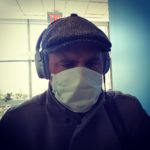 RSV infection induce the formation of cytoplasmic viral inclusions called IBs. We demonstrated that these IBs shelter viral RNA transcription and replication and can thus be considered as the viral factories. Moreover, we recently demonstrated that IBs are membrane less organelles resulting from liquid liquid phase separation driven by N and P. We did provide in 2017 the first description of an organization in IBs. We uncover a sub compartment inside IBs that concentrate newly synthetized viral mRNA together with M2-1. These IBAGs (for IBs associated Granules) exhibited liquid properties suggesting IBs could be multiphasic biocondensates. In the frame of an ANR project, in collaboration with Marie Galloux team (INRAe, VIM) and Zoher Gueroui team (CNRS, UMR8640-Ecole Normale Supérieure), we aim at unravelling their biogenesis and progressing towards the understanding of their structure-function relationships by addressing these questions in the frame of phase separation. Relying on distinctive skills we are characterizing the properties of viral factories throughout the viral cycle and their relationships with cytoskeleton elements. We focus on performing a comprehensive analysis of the cellular proteins recruited in the viral factories and understanding how these proteins are involved in viral multiplication.