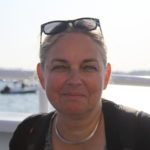 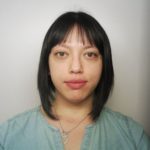 Malaria, still the most deadly parasitic disease worldwide, is caused by the eukaryotic parasite Plasmodium. Infection starts by an asymptomatic phase, during which the parasite form injected by the mosquito into the skin reaches the liver and multiplies inside hepatocytes. Parasites released from the liver then multiply inside erythrocytes, causing the symptomatic phase of the disease. Our lab concentrates on the initial, preerythrocytic phase of infection, both an endless source of fascinating biological questions and an attractive target for vaccine development. We use a rodent model of infection and the Plasmodium berghei and P. yoelii species. Our primary goal is to better characterize the important host-parasite interactions that occur during pre-erythrocytic infection, with a primary interest in the molecular basis of host cell invasion by the parasite. We also want to better understand the nature of parasite infection at the organismal level, using in vivo imaging approaches in mice. More recently, we have started addressing the basis of host protection against the parasite pre-erythrocytic stages.

Two stages of the Plasmodium parasite invade host cells in the mammalian host: the sporozoite, which invades mainly hepatocytes and multiplies into thousands of merozoites, and the merozoite, which invades erythrocytes and multiplies into 10-20 new merozoites (Figure 1). Like other parasites of the Apicomplexan phylum (e.g. the human pathogens Toxoplasma and Cryptosporidium), the Plasmodium sporozoite and merozoite invade their respective host cells by forming a ring-like junction with the host cell membrane, called tight junction (TJ). Zoites actively move through the TJ into an invagination of the host cell surface, which becomes a parasitophorous vacuole (PV) after pinching off from the host cell plasma membrane. Once inside the PV, the zoite multiplies into new zoites that eventually egress the host cell. In the last 10 years, indirect evidence has led to a model in which the TJ is composed of parasites proteins: the transmembrane AMA1 protein on the parasite side, bound to the parasite submembrane actin-myosin motor, and RON2, inserted in the host cell plasma membrane and bound to the host cell cortical cytoskeleton via other RON proteins. In this model, AMA1-RON2 interactions structure the TJ and serve as a traction point for the motor to propel the zoite inside the PV.

To study genetically the role of proteins involved in Plasmodium invasion, we devised conditional mutagenesis techniques to address the role of essential proteins in the sporozoite and merozoite. Construction and analysis of AMA1 and RON conditional knockdown sporozoites as well as AMA1 knockout merozoites and sporozoites indicated that AMA1 and the RONs have dissociated functions: (i) AMA1 plays an important role in zoite adhesion (in the merozoite and tachyzoite), but not in TJ formation; (ii) the RONs play essential functions in TJ formation; and (iii) the AMA1-RON interaction is dispensable for TJ function. This questions the currently accepted model of the apicomplexan TJ and suggests further work is needed to understand its composition.

Another goal is to identify new parasite genes essential for PE stages, as key players of important biological processes and potential targets for intervention, using gene inactivation in P. berghei. Among other processes of interest is the rupturing of host cell membranes by the parasite. Host cell membrane rupture occurs at many steps of the parasite life cycle: during egress of parasite progeny through the PVM and host plasma membrane (HPM), during sporozoite traversal of host cells (HPM rupture in the way in and out), and during ookinete traversal of mosquito midgut cells. The molecular basis of parasite-induced host membrane lysis is of relevance to vaccine development.

Last year, we characterized two new parasite proteins involved in membrane rupture: SUB1 (Subtilisin 1) and M-TRAP (Merozoite-TRAP). SUB1, already known to be important for rupture of the PVM around erythrocytic merozoites, is essential for PVM rupture by hepatic merozoites (collaboration with the group of J.C. Barale, IP). The dual role of SUB1 in both pre-erythrocytic and erythrocytic developmental phases qualifies SUB1 as a multi-stage target for intervention strategies. M-TRAP, a well-known motor(actin)-binding protein, was thought to play a role in merozoite entry inside RBC. Instead, we found that M-TRAP is dispensable for merozoite invasion but essential for male and female gametes rupture of the PVM inside RBC.

We also characterized two important proteins involved in liver stage maturation: ZIPCO (ZIP-containing protein) and HRF (histamine releasing factor). ZIPCO belongs to the ZIP (Zrt-, Irt- like Protein) family of metal ion transport proteins and is essential specifically for liver-stage development. Iron/zinc complementation and deprivation experiments indicate that ZIPCO acts mainly by transporting iron. This is the first essential metal ion transporter identified in Plasmodium. HRF, an orthologue of mammalian HRF, was thought to play a role in the pathogenesis of severe malaria. We found that in P. berghei HRF is not important during erythrocytic infection but is crucial for liver-stage development, by directly inhibiting systemic IL-6, a cytokine that strongly suppresses development of Plasmodium liver stages (collaboration with the group of S. Mecheri – IP).

We also want to gain a global understanding of malarial PE infection at the organismal level. Over recent years, we established in vivo imaging techniques to study the fate and behavior of sporozoites and liver stages in rodents. We performed the first quantitative studies that led to the description of the tripartite fate of sporozoites inoculated into the skin (60% stay in the skin, 15% leave the bite site via lymphatic vessels and 25% leave via blood vessels).

We also characterized sporozoite invasion of blood vessels in the skin. Imaging indicated that blood vessel invasion occurred at clustered sites mostly at vessel branching points and in association with pericytes (Flk1- CD31- CD146+ ), which control inter-endothelial junctions at branching points. Contrary to the situation in the liver sinusoids, vessel crossing occurs with endothelial CT in only ~30% of the cases. It mostly associates with extravasation of quantum dots, suggesting that sporozoites might enter blood vessels mainly via a paracellular route. This suggests that sporozoites may interact with pericytes to modify the properties of the endothelial barrier and facilitate sporozoite passage between endothelial cells.

4. Immunity to, and protection against, PE stages

Plasmodium PE stages are present in very small numbers in the host and constitute ideal vaccination targets, offering the possibility of preventing progression of the parasite life cycle before symptoms occur. Sporozoite progression to the liver can be arrested by inhibitory antibodies in the skin and the blood, while PE parasites developing in skin or liver cells can be targeted by CD8+ T cells recognizing parasite epitopes in association with major histocompatibility complex (MHC) class I molecules.

Solid protection can be mounted against PE infection. In animal models and humans, injection of live attenuated parasites (LAP) that do not cause blood infection (do not fully mature in the liver) confers protection against sporozoite challenge. Protection is mediated by (i) antibodies specific to the major sporozoite surface protein, CSP, which immobilize sporozoites; and (ii) CD8+ T cells that recognize MHC class I-associated parasite epitopes and kill infected hepatocytes. Importantly, when injected in the skin, attenuated parasites activate CD8+ T cells in the lymph node that drains the bite site. CD8+ T cell killing of Plasmodium-infected hepatocytes (or of any pathogen-infected cell) has been studied in vitro but had never been seen in vivo. In collaboration with F. Zavala and I. Cockburn (Baltimore, USA), we imaged interactions between CSP-Transgenic CD8+ T cells and P. yoelii liver stages in mice. We reported that parasite-specific

CD8+ T cells recruit both specific and nonspecific T cells to the infected hepatocyte, and that the formation of such cell clusters requires signaling by G protein-coupled receptors. We also observed various phenotypes of parasite death, which typically followed prolonged interactions between infected hepatocytes and CD8+ T cells. Liver-stage elimination thus seems to depend on the cooperative activity of multiple CD8+ T cells and probably also other cell types, and to involve diverse and functionally redundant cytotoxic effectors. Intravital imaging will be key to unravel the complex basis of CD8+ T cell-mediate of malarial liver stage recognition and destruction. Annual Report 2013 – Institut Pasteur Although sub-unit vaccines have not matched the efficacy of LAP, they are easier to produce, store and be delivered in large-scale vaccination protocols than LAP vaccines. CSP remains the best protective PE antigen known so far. Therefore a strategy to improve CSP-based protection, either using CSP alone or in combination with novel protective PE antigens, is of a primary goal. We have tested diverse platforms of production and delivery of CSP using (i) recombinant proteins produced in mammalian cells or bacteria, directed or not to dendritic cells, respectively (collaboration with S. Boscardin – Sao Paulo, Brazil), and (ii) multimeric Nribonucleoprotein of measles virus fused to CSP, expressed in yeast (PTR365, in collaboration with M. Sala – Génomique Virale et Vaccination, IP), which both elicited protective immunity against a sporozoite challenge. We are also using a lentiviral-based delivery system to discovery novel protective antigens of sporozoites and liver stages (PTR 429, in collaboration with P. Charneau – Virologie Moléculaire et Vaccination, IP – and A.S. Beignon – CEA).