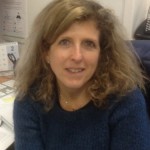 My group has made seminal contributions in the past toward understanding the mechanism of membrane fusion used by enveloped viruses to infect a cell. This aim of this ERC grant program is to achieve similar breakthroughs in understanding fusion between cells, both during fertilization and organogenesis.

We have determined the crystal structure of the C. elegans protein EFF-1, a member of the “fusion family” (FF). EFF-1 is responsible for a cell-cell fusion event during skin formation in the nematode. Strikingly, the crystal structure shows that EFF-1 is homologous to the “Class II” viral protein fusogens, thus indicating that they have diverged from a common ancestor. The observed homology could not be identified by other means because the proteins have diverged to the point where no remnants of sequence similarity are left, yet the tertiary and quaternary organization is the same. However, the homotypic fusion mechanism of EFF-1 is clearly different to that of viral fusion proteins.

This program intends to build on the momentum generated by this exciting discovery, in an attempt to cast light into the fusion mechanism of FF proteins. We will reconstitute them in artificial liposomes and will also follow them within cells with the use of light microscopy. We will also focus in determining the crystal structure of the monomeric pre-fusion form of EFF-1, and of the intact trans-membrane post fusion trimer. In parallel, we want to make use the experience accumulated over the years in crystallizing viral glycoproteins, to apply it to the conserved family of HAP2/GSC1 proteins involved in fusion of gametes during fertilization. These proteins exhibit a similar pattern of secondary structure elements in the ectodomain as class II proteins, but only a crystallographic analysis can identify a possible structural homology and provide the basis to understand the molecular mechanisms of cell-cell fusion.