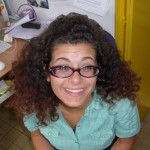 We have characterized the cVDPV strains implicated in two epidemics of poliomyelitis occurring in Madagascar in 2002 and 2005. These strains are diverse recombinants between poliovirus and CAV that have emerged from an unexpectedly highly diverse viral ecosystem harboring PV and many CAVs. Aspects of this ecosystem may play a major role in the emergence of new pathogenic RNA viruses. These results shed new light on RNA virus ecosystems, evolution and viral species definition (taxonomy).

The research of our unit focuses on the mechanisms of genetic plasticity, including genetic recombination between HEVs and the impact of genetic exchanges on viral biodiversity, emergence and pathogenicity.

Our first goal is to study the diversity of enteroviruses in different countries. This work is carried out in collaboration with the laboratories of the International Network of Pasteur Institutes.

Our second goal is to analyze the genetic interactions between the different enteroviruses present in viral ecosystems.

Our third goal is to evaluate the impact of genetic exchanges on the biology and pathogenicity of recombinant viral strains. In particular, we are currently carrying out a comparative study of the roles of vaccine poliovirus strains, cVDPVs and CAV proteins and their putative cellular partners in viral replication and cell signaling. We assess the pathogenicity of recombinant viral strains in a transgenic mouse model.