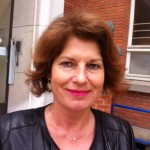 The virulence of a microbe is related to its capacity to invade host tissues and successfully promote its own multiplication and dissemination. Rabies virus, a neurotropic virus that causes fatal encephalitis in mammals, has developed a unique strategy to ensure its propagation into the nervous system: its virulence correlates with its ability to avoid premature apoptosis of the infected neurons and to preserve the integrity of axons/dendrites and without. Surprisingly enough, the rabies virus does not trigger the death of the infected neurons, but promotes their survival instead. Moreover, this virus sneaks through the nervous system by disarming the defences’ mechanisms of the host. As a result, the virus can propagate and travel in the nervous system from the site of the bite up to the salivary glands from where it is excreted with saliva.

Our main theme is to study how the neuronotropic rabies virus highly adapted to propagate into the nervous system favours neuronal survival and to identify the virus-encoded elements which control them. We successfully identify the viral protein endowed with remarkable neuroprotective and neurorestorative functions, the G protein. We demonstrated that the cytoplasmic part of the G -and its C terminus tail in particular- is the main contributor to the neurosurvival phenotype. We showed that commitment of the neurons toward survival depends upon the nature of the host cell partners, -a family of serine threonine kinase-, the C terminus of the viral protein interacts with. We also demonstrated that the protein-protein interaction between the G protein with the kinase is required to launch signalling pathways controlling both axonal regeneration /and neuroprotection.

Through the evolution process, viruses became art masters in manipulating the survival and death of the host cell they infect. Thus viral genomes are highly promising sources to discover new survival sequences and sustained robust pathways that may lead to the development of new neuroprotective or neuroregenerative drugs.

Having identified the G protein sequences triggering neuronal survival we designed virally derived polypeptides of therapeutical potential for neurodegenerative diseases. In collaboration with Nicolas Wolff, Unit NMR Biomolecules IP, who solved at the atomic level the structure and the biophysical characteristics of the complex formed by the viral protein C terminus and its cellular partners, we designed optimized derived compounds, Neurovitas. When delivered into cells Neurovitas promote spectacular neurite outgrowth, axon restoration after scratch wounding, and increase the resistance of neurons subjected to different types of insults. Pre-clinical tests were performed in a rodent model of dorsal root injury and glaucoma.

Neurovitas can be delivered into the neurons by a viralvector (lentivirus or adeno-associated virus). Work is in progress in collaboration with Pierre Lafaye (Plateforme d’ Ingénierie des Anticorps, IP) to vectorize Neurovita by combining the neuroprotective/neuroregenerative peptide with a Neurocargo that passes through the blood brain barrier. Thus, Neurovitas are promising candidates of new molecules able to repair, protect and stimulate altered neuron survival after toxic insults, axonal section or degenerative process, with therapeutical applications in optical neuropathies (treatment of glaucoma) or neuroregenerative medicine.

Rabies virus not only controls the commitment of the infected neurons towards survival or death, but it also escapes the host immune responses. We showed that rabies virus upregulates the expression of three immunosuppressive molecules FasL, HLA-G, and B7-H1 in the infected nervous system. The expression of these molecules in the infected nervous system triggers the exhaustion of migratory “protective” T cells–expressing the corresponding receptors (Fas, CD8 and PD-1). Mice lacking B7-H1 (B7H1-/1) or expressing a non-functional FasL (Gld mice) were found to be protected against fatal issue compared to their normal counterpart, indicating that FasL and B7-H1 up-regulation favour rabies virus propagation. Besides, their immune-tolerant properties, HLAG and B7-H1 can also reduce tissue inflammation. This is the case in particular for B7-H1, which dampens the expression of pro-inflammatory molecules, whereas, HLA-G influences the cytokine balance towards a Th2 pattern. Indeed, infection of brain by highly virulent rabies virus is characterized by low inflammatory reaction, in striking contrast to less virulent viral strains. Limitation of inflammation by the rabies virus infection might contribute reducing the entry in the nervous system of mononuclear leukocytes, monocytes and macrophages, maintaining the impermeability of the BBB, and minimizing the release of neurotoxic molecules that can compromise nervous system homeostasis and host survival. These conditions should contribute preserving not only the integrity of the infected neuronal network, but also the life of the host, allowing the virus to reach the brainstem and the salivary glands before premature death of the infected host. Work is in progress in our laboratory to elucidate how the virus controls these critical mechanisms.

A good knowledge of the rabies virus pathology and host/virus interactions has allowed our laboratory to identify highly innovative drug candidates with spectacular neuroregenerative and neuroprotective properties by following a virus-inspired-drug-discovery approach and to identify new approaches for studying the inflammation of the nervous system.