e.g. searching for members in projects tagged cancer
Search for
Count
IN
OUT
Content 1
Content 2
Search
Go back
Scroll to top
Share
Epidemiology of Buruli ulcer in Cameroon
﻿Status of circulating and airways-derived neutrophils in cystic fibrosis
© Research
Project 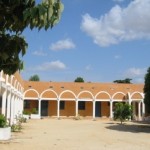 Funding : DCI Monaco. In collaboration with epidemiologists from the Centre de Recherche Médicale et Sanitaire (CERMES) in Niamey, we are using recent advances in Geographic Information Systems and statistical methodology to investigate the spatio-temporal dynamics of meningitis epidemics in Niger at a fine geographic scale (health centres) and the associated risk factors (project funded by the Office of International Cooperation of the Principality of Monaco ; Scientific Coordinator: Arnaud Fontanet).Spatial analyses first revealed the highly localized nature of these annual epidemics, constituted by small spatial clusters of cases (Paireau et al, PLoS Negl Trop Dis, 2012). We identified heterogeneous spatio-temporal patterns, with emergence of outbreaks in different areas from year to year, followed by spread in variable geographic directions. We also showed that surveillance at a fine spatial scale would be more efficient for public health response: outbreaks would be detected earlier and reactive vaccination would be better targeted. The factors that could explain the observed spatio-temporal patterns at the health centre scale are still poorly understood and statistical models are under development in our group, integrating jointly climatic, environmental, socio-demographic and vaccination data.Our findings should help to improve control of meningitis in sub-Saharan Africa, especially in the context of introduction of a new meningococcal A conjugate vaccine.