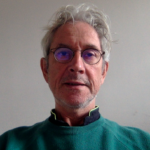 Philippe Clerc started his scientific carrier in August 2016. At least, as far as three-dimensional genomic organisation is concerned. The spatial structure of the genome is nowadays mostly characterised at the cell population level. However, understanding in detail the relationships between structure and function would require the analysis to be performed at the single cell level. Establishing a technology to achieve this goal is the current interest of Philippe Clerc.