Over the last two decades, my research program has been focused on antimalarial drug resistance (including P. falciparum and P. vivax parasites) along my different positions in the Institut Pasteur International Network, in Africa (Central African Republic, 2000-2004 and Madagascar, 2005-2008) or in Southeast Asia (Cambodia 2010-2017). I have conducted complementary studies in Madagascar and in Cambodia, based on molecular diagnostic strategies and field-based investigations, with the aims to improve our understanding on the epidemiological features of malaria endemicity and help policy makers to conduct elimination plans. Particularly, studies focused on epidemiologically associations between human host and susceptibility to P. vivax malaria have allowedto to demonstrate that P. vivax in Madagascar is causing blood stage infection and clinical disease in Duffy-negative individuals. In Cambodia, more recently, my research on P. falciparum drug resistance have been focused on the development of new in vitro assays to better characterize P. falciparum isolates resistant to artemisinin or to piperaquine. My major achievements have been to demonstrate that mutations in the propeller domain of a Kelch gene located on chromosome 13 (K13) and amplification of plasmepsin 2-3 genes are major determinants of artemisinin and piperaquine resistances, respectively. With my colleagues involved in the KARMA project, we have recently provided a worldwide mapping of the K13 polymorphisms.
Since September 2017, I have a new position at Institut Pasteur Paris, as the head of the Malaria Genetic and Resistance Group hosted by the Biology of Host-Parasite Interactions Unit. I have published >150 peer-review articles in international journals (http://publicationslist.org/didier.menard).

The TIPTOP project provides the opportunity to evaluate the impact of SP delivery as part of IPTp on the development and spread of SP resistance, by comparing the prevalence of key mutations in Pfdhfr […] 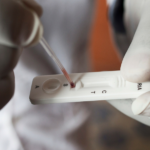 More sensitive and specific malaria RDTs based on the detection of new biomarkers of Plasmodium infections, implementable in the field (as point-of-care), have to be developed. The objective of these new tools would allow […] 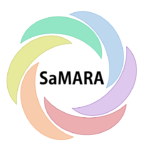 SaMARA: Surveillance and Monitoring of Antimalarial Resistance in Africa

Our knowledge on P. falciparum drug resistance has considerably progressed, particularly with the discovery of molecular markers associated to artemisinin derivatives and partner drugs (piperaquine, mefloquine) resistances. However, the race between effective antimalarial treatments […] 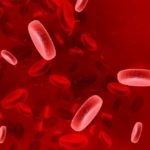 Erythrocyte invasion is a complex process involving multiple interactions between Plasmodium merozoites and host erythrocytes. Unlike P. falciparum, which can use multiple erythrocyte receptors for invasion and has merozoite proteins with overlapping and redundant […]