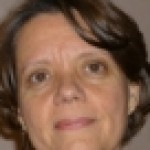 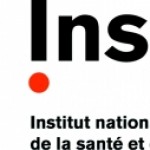 Research area of the Unit The group works on antigen presentation by dendritic cells (DC), showing that the housekeeping enzyme TPP2 can replace the proteasome to process an epitope from HIV Nef (Seifert Nat Immunol 2003), that DC can crosspresent HIV antigens from live infected CD4+ T cells (Marañón PNAS 2004)4, that human plasmacytoid DC can cross present, and that humans, like mice, have a specialized DC population for antigen cross-presentation, the BDCA3+ DC population. The group discovered the loss of circulating DC in HIV infection (Grassi AIDS 1999; Pacanowski Blood 2001), and conversely the accumulation of proinflammatory MDC8+ monocytes7, the early impairment of IFN-a productive capacity and the imbalance between IL-12 and IL-23 productions during the primary stage of HIV infection, when a balance between the host immune system and the virus is set6. In comparative and collaborative studies between HIV in patient cohorts and simian models, it has established that plasmacytoid DC specifically home into lymphoid organs during pathogenic infection.