Institut Pasteur (IP) was chosen as the first European institution enrolled in the Open Medical Institute (OMI) courses with an engagement over three years.

The OMI is a global, educational initiative. It was established in 1993 by doctors from Weill Cornell Medicine and New York-Presbyterian Hospital and trustees of the American Austrian Foundation (AAF). It aims to bridge the knowledge gap between East and West and prevent brain drain from countries in transition.

The first OMI-Pasteur Course “Vector-borne diseases” was directed by Prof. Anna-Bella Failloux who is the Director of the course “Insect Vectors and Transmission of pathogens” at the IP Paris since 2016. This 4-day course consisted of 12 hours of lectures, 4 hrs of conference and 7 hrs of round tables, and the enrollment of 34 students (30 nationalities) including 12 from the IPIN. All participants (students and faculties) lived and worked together along one week in Schloss Arenberg, an amazing environment in the historical city of Salzburg in Austria. 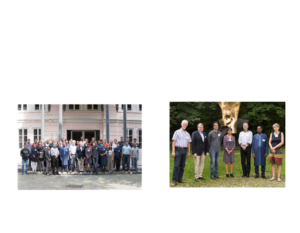