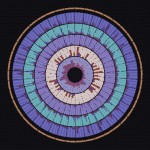 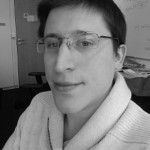 The ribosomal protein S1, in Escherichia coli, is necessary for the recognition by the ribosome of the translation initiation codon of most messenger RNAs. It also participates in other functions. In particular, it stimulates the T4 endoribonuclease RegB, which inactivates some of the phage mRNAs, when their translation is no longer required, by cleaving them in the middle of their Shine-Dalgarno sequence. In each function, S1 seems to target very different RNAs, which led to the hypothesis that it possesses different RNA-binding sites. We previously demonstrated that the ability of S1 to activate RegB is carried by a fragment of the protein formed of three consecutive domains (domains D3, D4, and D5). The same fragment plays a central role in all other functions. We analyzed its structural organization and its interactions with three RNAs: two RegB substrates and a translation initiation region. We show that these three RNAs bind the same area of the protein through a set of systematic (common to the three RNAs) and specific (RNA-dependent) interactions. We also show that, in the absence of RNA, the D4 and D5 domains are associated, whereas the D3 and D4 domains are in equilibrium between open (noninteracting) and closed (weakly interacting) forms and that RNA binding induces a structural reorganization of the fragment. All of these results suggest that the ability of S1 to recognize different RNAs results from a high adaptability of both its structure and its binding surface.