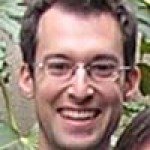 Recently, we have shown implication of Brm, the catalytic subunit of the SWI/SNF chromatin remodeling complex, in repression of cyclin A expression in quiescent cells. Here, we have examined the fate of cells lacking Brm throughout the cycle. We find that despite elevated levels of cyclins A and E, these cells can respond to serum starvation, however, without reaching a canonical G(0) phase as they continue to express high levels of c-Myc and have an abnormally large average size. The response to serum starvation can be correlated with increased levels of Rb proteins p130 and p107 as well as increased association of p27 with the cyclin-dependent kinases, possibly compensating for the higher levels of G(1) cyclins by reducing their associated kinase activity. After serum stimulation, reentry into the cycle occurs normally, but the S phase is delayed and shorter. In addition, the M phase has an increased duration, and we observed frequent faulty chromosome segregation events in anaphase. Altogether, our data suggest that cells can partially overcome the absence of Brm by activating several compensatory mechanisms to control the cell cycle. However, they remain profoundly affected, unable to enter a canonical quiescent state, presenting a shorter S phase, and finally unable to perform correct chromosome segregation.