Koch’s postulates are criteria establishing a causal relationship between a microbe and a disease that lead to the assumption that diseases are caused by a single strain or its evolved forms. Cryptococcus neoformans is a life-threatening human fungal pathogen responsible for an estimated 1 million cases of cryptococcosis/year, predominantly meningoencephalitis. To assess the molecular diversity of clinical isolates and gain knowledge of C. neoformans biology in the host, we analyzed clinical cultures collected during the prospective CryptoA/D study. Using molecular analysis of unpurified isolates, we demonstrated that mixed infections in humans are more common than previously thought, occurring in almost 20% of patients diagnosed with cryptococcosis. These mixed infections are composed of different mating types, serotypes, and/or genotypes. We also identified genetically related haploid and diploid strains in the same patients. Experimental infections and quantitative PCR show that these ploidy changes can result from endoreplication (duplication of DNA content) and that shuttling between haploid and diploid states can occur, suggesting in vivo evolution. Thus, the concept of one strain/one infection does not hold true for C. neoformans and may apply to other environmentally acquired fungal pathogens. Furthermore, the possibility of mixed and/or evolving infections should be taken into account when developing therapeutic strategies against these pathogens. 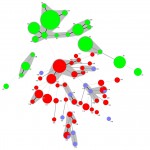 Compared with other infectious diseases, invasive mycoses are neglected diseases. They remained poorly known, underdiagnosed and understudied in many countries around the world despite the increasing public health burden they represent now. The population […]