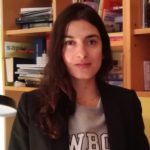 During invasion, Plasmodium, the causative agent of malaria, wraps itself in a parasitophorous vacuole membrane (PVM), which constitutes a critical interface between the parasite and its host cell. Within hepatocytes, each Plasmodium sporozoite generates thousands of new parasites, creating high demand for lipids to support this replication and enlarge the PVM. Here, a global analysis of the total lipid repertoire of Plasmodium-infected hepatocytes reveals an enrichment of neutral lipids and the major membrane phospholipid, phosphatidylcholine (PC). While infection is unaffected in mice deficient in key enzymes involved in neutral lipid synthesis and lipolysis, ablation of rate-limiting enzymes in hepatic PC biosynthetic pathways significantly decreases parasite numbers. Host PC is taken up by both P. berghei and P. falciparum and is necessary for correct localization of parasite proteins to the PVM, which is essential for parasite survival. Thus, Plasmodium relies on the abundance of these lipids within hepatocytes to support infection.