First insights into the entry process of hyperthermophilic archaeal viruses 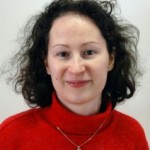 A decisive step in a virus infection cycle is the recognition of a specific receptor present on the host cell surface, subsequently leading to the delivery of the viral genome into the cell interior. Until now, the early stages of infection have not been thoroughly investigated for any virus infecting hyperthermophilic archaea. Here, we present the first study focusing on the primary interactions between the archaeal rod-shaped virus Sulfolobus islandicus rod-shaped virus 2 (SIRV2) (family Rudiviridae) and its hyperthermoacidophilic host, S. islandicus. We show that SIRV2 adsorption is very rapid, with the majority of virions being irreversibly bound to the host cell within 1 min. We utilized transmission electron microscopy and whole-cell electron cryotomography to demonstrate that SIRV2 virions specifically recognize the tips of pilus-like filaments, which are highly abundant on the host cell surface. Following the initial binding, the viral particles are found attached to the sides of the filaments, suggesting a movement along these appendages toward the cell surface. Finally, we also show that SIRV2 establishes superinfection exclusion, a phenomenon not previously described for archaeal viruses.