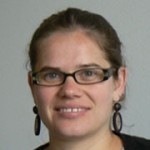 MicroRNAs play an important role in the interplay between bacterial pathogens and host cells, participating as host defense mechanisms, as well as exploited by bacteria to subvert host cellular functions. Here, we show that microRNAs modulate infection by Shigella flexneri, a major causative agent of bacillary dysentery in humans. Specifically, we characterize the dual regulatory role of miR-29b-2-5p during infection, showing that this microRNA strongly favors Shigella infection by promoting both bacterial binding to host cells and intracellular replication. Using a combination of transcriptome analysis and targeted high-content RNAi screening, we identify UNC5C as a direct target of miR-29b-2-5p and show its pivotal role in the modulation of Shigella binding to host cells. MiR-29b-2-5p, through repression of UNC5C, strongly enhances filopodia formation thus increasing Shigella capture and promoting bacterial invasion. The increase of filopodia formation mediated by miR-29b-2-5p is dependent on RhoF and Cdc42 Rho-GTPases. Interestingly, the levels of miR-29b-2-5p, but not of other mature microRNAs from the same precursor, are decreased upon Shigella replication at late times post-infection, through degradation of the mature microRNA by the exonuclease PNPT1. While the relatively high basal levels of miR-29b-2-5p at the start of infection ensure efficient Shigella capture by host cell filopodia, dampening of miR-29b-2-5p levels later during infection may constitute a bacterial strategy to favor a balanced intracellular replication to avoid premature cell death and favor dissemination to neighboring cells, or alternatively, part of the host response to counteract Shigella infection. Overall, these findings reveal a previously unappreciated role of microRNAs, and in particular miR-29b-2-5p, in the interaction of Shigella with host cells.