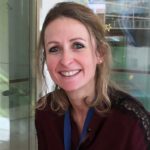 In bacteria, regulatory phosphorylation of proteins at serine and/or threonine residues by Ser/Thr protein kinase (STPK) is an emerging theme in prokaryotic signaling, particularly since the prediction of the occurrence of several STPKs from genome sequencing and sequence surveys. Here we show that protein PknH possesses an autokinase activity and belongs to the large STPK family found in Mycobacterium tuberculosis. Evidence is presented that PknH can also phosphorylate EmbR, a protein suspected to modulate the level of arabinosyltransferase activity involved in arabinan biosynthesis of arabinogalactan, a key molecule of the mycobacterial cell wall. Interestingly, EmbR possesses an FHA (forkhead-associated) domain, a newly described phosphoprotein recognition domain, which plays an essential role in PknH-EmbR interaction and phosphorylation of EmbR by PknH. It is demonstrated that mutation of each of three particular residues of this FHA domain, Arg312, Ser326, and Asn348, totally abolishes the PknH-mediated phosphorylation of EmbR, thus highlighting the critical role of this domain in the direct interaction between EmbR and PknH.