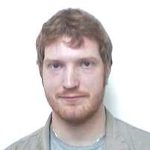 Because of the success of imatinib, the first type-II kinase inhibitor approved by the FDA in 2001, sustained efforts have been made by the pharmaceutical industry to discover novel compounds stabilizing the inactive conformation of protein kinases. On the seven type-II inhibitors having reached the market, four were released in 2012, suggesting an acceleration of the research of such a class of compounds. Still, they represent less than a third of the protein kinase inhibitors available to patients today. The identification of key residues involved in the binding of this type of ligands in the kinase active site might ease the design of potent and selective type-II inhibitors. In order to identify those discriminant residues, we have developed a proteometric approach combining residue descriptors of protein kinase sequences and biological activities of various type-II kinase inhibitors. We applied Partial Least Squares (PLS) regression to identify 29 key residues that influence the binding of four type-II inhibitors to most proteins of the kinome. The gatekeeper residue was found to be the most relevant, confirming an essential role in ligand binding as well as in protein kinase conformational changes. Using the newly developed proteometric model, we predicted the propensity of each protein kinase to be inhibited by type-II ligands. The model was further validated using an external data set of protein/ligand activity pairs. Other residues present in the kinase domain, and more specifically in the binding site, have been highlighted by this approach, but their role in biological mechanisms is still unknown.