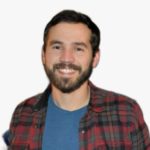 ColE1 plasmids are small mobilizable replicons that play an important role in the spread of antibiotic resistance in Pasteurellaceae In this study, we describe how a natural single nucleotide polymorphism (SNP) near the origin of replication of the ColE1-type plasmid pB1000 found in a Pasteurella multocida clinical isolate generates two independent plasmid variants able to coexist in the same cell simultaneously. Using the Haemophilus influenzae Rd KW20 strain as a model system, we combined antibiotic susceptibility tests, quantitative PCRs, competition assays, and experimental evolution to characterize the consequences of the coexistence of the pB1000 plasmid variants. This coexistence produced an increase of the total plasmid copy number (PCN) in the host bacteria, leading to a rise in both the antibiotic resistance level and the metabolic burden produced by pB1000. Using experimental evolution, we showed that in the presence of ampicillin, the bacteria maintained both plasmid variants for 300 generations. In the absence of antibiotics, on the other hand, the bacteria are capable of reverting to the single-plasmid genotype via the loss of one of the plasmid variants. Our results revealed how a single mutation in plasmid pB1000 provides the bacterial host with a mechanism to increase the PCN and, consequently, the ampicillin resistance level. Crucially, this mechanism can be rapidly reversed to avoid the extra cost entailed by the increased PCN in the absence of antibiotics.