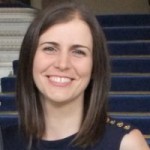 One of our objectives is to understand the interplay between innate and adaptive immunity in chronic viral infections, in order to identify mechanisms responsible for the lack of immune control of persistent viruses, such as HIV or HPV. In particular, we dissect the modalities of the cross-talk between some innate effectors, i.e. dendritic cells (DCs) and natural killer (NK) cells, and their impact on adaptive immunity. Moreover, we have been involved in the search for new pathways of HIV entry and we contributed to show the implication of purinergic receptors in the process of fusion mediated by HIV-1-envelope. Finally, we have set up an Immunomonitoring Platform evaluating, in phase I and II vaccine trials, the immunogenicity of new vaccine candidates specific for influenza, malaria, shigellosis, anthrax or cancer. Interplay between innate and adaptive immunity against persistent viruses. Role of HMGB1

HIV-1 has evolved ways to exploit mDCs, thereby facilitating viral dissemination and allowing evasion of antiviral immunity. The fate of mDCs is extremely dependent on the interaction with autologous NK cells (Figure 1), but the mechanisms by which NK-DC interaction controls viral infections remain unclear. We have shown that activated NK cells are required for the induction of DC maturation, whether HIV-1-infected or not, and this process involves the alarmin HMGB1. HMGB1 is expressed at the NK-DC synapse and we found that it triggers HIV viral replication and proviral DNA expression in mDCs. These observations provide evidence for the crucial role of NK-DC cross-talk in promoting HIV dissemination. The contribution of HMGB1 to viral persistence was suggested by the finding that HIV-infected mDCs become resistant to NK cytotoxicity. This resistance was found associated with the upregulation in infected DCs of two anti-apoptotic molecules, c-FLIP and c-IAP2, thus preventing TRAIL-mediated NK killing. HMGB1 released at NK-DC synapse was responsible for the upregulation of these anti-apoptotic molecules, and blocking HMGB1 activity restored the susceptibility of infected mDCs to NK cytotoxicity. Altogether these observations show that NK-DC cross-talk contributes to viral persistence and to the establishment of viral reservoirs, and they challenge the question of the in vivo involvement of HMGB1 in this process. Two patents have been filed from these findings (PCT/EP2009/061828, PCT/EP2011/053656).

IFN-α is rapidly upregulated in response to viral infections and it is an essential player in innate immunity against viruses. pDCs are the most potent IFN-α-producing cells and serve as an essential link between innate and adaptive immunity. The fate of pDCs in the course of HIV-1 infection is still a matter of debate, and the question of the detrimental role of chronic production of IFN-α remains open. In particular, IFN-α has been shown to induce the expression of the death ligand TRAIL on pDCs, transforming them into killer pDCs that may contribute to the destruction of CD4+ T cells, the hallmark of HIV-1-induced disease. We found that the cross-talk between aNK cells and infected pDCs leads to an increased expression of IFN-a and TRAIL by pDCs, thus contributing to the accumulation of killer pDCs. This was observed for high concentrations of HIV, while at low concentrations pDCs were altered in their differentiation. These data suggest that the viral load influences the antiviral functions of pDCs, in particular their ability to produced IFN-a and kill infected cells.

3- Search for new targets for prevention of HIV-1 entry

Extracellular ATP signals in an autocrine and paracrine way through purinergic receptors to modulate an array of cellular functions. In a recent study we contributed to show that the HIV-1-encoded envelope glycoprotein complex can stimulate the pannexin-1-mediated release of ATP from target cells, which in turn favors the initial steps of HIV-1 infection. ATP activates the purinergic receptor P2Y2, which accumulates in the virological synapse and is required for depolarization of the plasma membrane. Phosphorylated Pyk2, a kinase known to participate in actin cytoskeleton reorganization, also accumulates at the virological synapse. Inhibition of any of the constituents of this pathway (pannexin-1, ATP, P2Y2, Pyk2) interferes with viral entry, thus identifying new targets for blocking HIV entry. A patent has been filed from these findings (PCT/EP2011/063606).

Erosive oral lichen planus (OLP) is a chronic, disabling muco-cutaneous dysimmune rare disease characterized by mucosal inflammatory erosive lesions with pathological evidence for a marked CD8+ cytotoxic T-cell (CTL) infiltration. To investigate the molecular mechanisms underlying dysregulation of T-cell immune responses in patients with OLP, we studied the diversity and antigen-specificity of the T-cell receptor (TCR) expressed by CD8+ T-cells using dextramer staining, spectratyping and TCR sequencing in OLP patients undergoing extracorporeal photochemotherapy (ECP). Expansions of TCRVb3-bearing CD8+ T-cells found in peripheral blood and in lesional tissues of OLP patients were enriched with HPV16-specific CD8+ T-cells in HLA-A*0201+ patients as shown by their immune recognition of the E711-20 immunodominant epitope. Under treatment with ECP, clonotypic CD8+ T-cell expansions decreased while clinical remission was reached in the vast majority of patients. Thus, HPV infection and OLP are linked since OLP is characterized by a massive clonal expansion of CD8+ T-cells with increased frequency of HPV 16-specific CD8+ T-cells. A patent has been filed from these findings (US Provisional Patent Application DI 2013-34). Immunomonitoring Platform for the ex-vivo analysis of vaccine-induced immunity and in vivo evaluation of new vaccine candidates The objective is to characterize the effectors of innate and adaptive immunity in patients involved in clinical trials evaluating new vaccine candidates or new therapies. A comprehensive immunomonitoring is performed using complementary methods, including multicolor flow cytometry, intracellular cytokine staining, ELISPOT, cytokine multiplex analyses etc… with the aim to quantify the frequency of vaccine-specific T and B cells and to determine the cytokine/chemokine signatures of vaccine responses. We also characterize innate effectors, such as NK cells and DC, and analyze their stage of differentiation and their effectors/regulatory functions. We are currently involved in several vaccine trials in the context of infection with various pathogens such as HIV-1, influenza virus, or gene therapy trial.