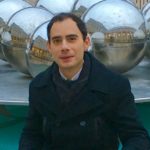 β-glucan, the most abundant fungal cell wall polysaccharide in C. albicans, has gained much attention from the scientific community in the last few decades for its fascinating but not yet fully understood immunobiology. Study of this molecule has been motivated by its importance as a pathogen associated molecular pattern (PAMP) upon fungal infection as well as by its promising clinical utility as biological response modifier for infectious diseases as “trainer” of the innate immunity.

Hence, β-glucan within the cell wall of the fungi is an important PAMPs. During the course of an infection with C. albicans, recognition of the fungal cell wall carbohydrate β-glucan by the host receptor Dectin-1 elicits broad immunomodulatory responses, such as phagocytosis and activation of oxidative burst. These responses are essential for engulfing and killing fungal pathogens. Phagocytic monocytes are key mediators of these early host inflammatory responses to infection. Remarkably however, whether phagocytosis of fungal β-glucan leads to an inflammatory response in human monocytes remained to be established. In our recently published study (Camilli et al.), we show that phagocytosis of heat-killed C. albicans is essential to trigger inflammation and cytokine release. By contrast, inhibition of actin-dependent phagocytosis of particulate (1-3,1-6)-β-glucan induces a strong inflammatory signature. Sustained monocyte activation, induced by fungal β-glucan particles upon actin cytoskeleton disruption, relies on Dectin-1 and results in the classical caspase-1 inflammasome formation through NLRP3, generation of an oxidative burst, NF-kB activation, and increased inflammatory cytokine release. PI3K and NADPH oxidase were crucial for both cytokine secretion and ROS generation, whereas Syk signalling mediated only cytokine production. Our results highlight the mechanism by which phagocytosis tightly controls the activation of phagocytes by fungal pathogens and strongly suggest that actin cytoskeleton dynamics are an essential determinant of the host’s susceptibility or resistance to invasive fungal infections.