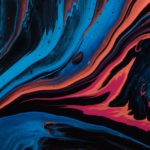 The genetic approach, based on the study of hereditary forms of deafness, has proved particularly effective in recent years for elucidating the molecular physiology of the cochlear, the sensory organ for hearing. By contrast, this approach has provided very little information about the central auditory system, despite the occurrence of central auditory system dysfunctions in about 5% of children and more than 25% of the elderly. Our team aims to identify and characterize the genetic forms of deafness leading to direct damage to the brain, but also to study the indirect consequences of deafness of peripheral origin on the brain.

In most cases of human deafness of genetic origin, the sensory organ for hearing, the cochlear, can account entirely for the hearing deficit of the patient. The fitting of a cochlear implant directly stimulating the auditory nerve, bypassing the sound processing step in the cochlea, generally restores hearing performance to satisfactory levels in most cases. However, in some cases, patients continue to display abnormal difficulties understanding spoken language. The researchers of this team have recently discovered that certain hereditary forms of deafness involve not only cochlear deficits, but also defects of the auditory cortex, the part of the brain responsible for analyzing auditory information. Two cadherin-related proteins, cdhr15 and cdhr23, which are essential for the effective functioning of the cochlea, are also required for the migration and maturation of so-called “inhibitory” neurons in the brain. The affected neurons are specifically those colonizing the auditory cortex. This project aims to decipher the mechanisms underlying the development and functioning of this population of inhibitory neurons in the auditory cortex. The primary objective will be to identify the mechanisms underlying the expression of these cadherins both in the cochlea and in the brain, and to determine which other genes implicated in cochlear deafness might also play an intrinsic role in the brain. The researchers will then try to decipher the mechanisms by which these cadherin-related proteins guide the future inhibitory neurons specifically to the auditory cortex. Finally, they will characterize the roles of these inhibitory neurons in the processing of sound information. The results of this project will lay the foundations for the exploration of possible dysfunctions of the auditory brain in patients carrying mutations of the genes encoding these two cadherin-related proteins, and will make it possible to develop innovative auditory rehabilitation methods suitable for these auditory cortex defects.