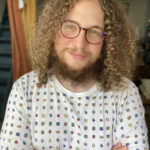 Drug resistance mutations (DRMs) appear in HIV under treatment pressure. DRMs are commonly transmitted to naive patients. The standard approach to reveal new DRMs is to test for significant frequency differences of mutations between treated and naive patients. However, we then consider each mutation individually and cannot hope to study interactions between several mutations. Here, we aim to leverage the ever-growing quantity of high-quality sequence data and machine learning methods to study such interactions (i.e. epistasis), as well as try to find new DRMs. We trained classifiers to discriminate between Reverse Transcriptase Inhibitor (RTI)-experienced and RTI-naive samples on a large HIV-1 reverse transcriptase (RT) sequence dataset from the UK (n ≈ 55, 000), using all observed mutations as binary representation features. To assess the robustness of our findings, our classifiers were evaluated on independent data sets, both from the UK and Africa. Important representation features for each classifier were then extracted as potential DRMs. To find novel DRMs, we repeated this process by removing either features or samples associated to known DRMs. When keeping all known resistance signal, we detected sufficiently prevalent known DRMs, thus validating the approach. When removing features corresponding to known DRMs, our classifiers retained some prediction accuracy, and six new mutations significantly associated with resistance were identified. These six mutations have a low genetic barrier, are correlated to known DRMs, and are spatially close to either the RT active site or the regulatory binding pocket. When removing both known DRM features and sequences containing at least one known DRM, our classifiers lose all prediction accuracy. These results likely indicate that all mutations directly conferring resistance have been found, and that our newly discovered DRMs are accessory or compensatory mutations. Moreover, apart from the accessory nature of the relationships we found, we did not find any significant signal of further, more subtle epistasis combining several mutations which individually do not seem to confer any resistance.