The hepatitis C cascade of care in people who inject drugs in Dar es Salaam, Tanzania. 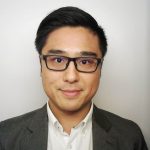 The World Health Organisation has recently called for hepatitis C virus (HCV) elimination and has identified people who inject drugs (PWID) as a key population to scale-up screening and linkage to care. This study reports the cascade of care for HCV in PWID attending the largest opioid substitution treatment (OST) clinic in Dar-es-Salaam, Tanzania. Between February 2011 and March 2016, HCV serology for all PWID registered at the Muhimbili National Hospital OST clinic, Dar-es-Salaam were obtained from records. In 2015, consecutive HCV-seropositive PWID were invited to undergo a clinical evaluation including epidemiological questionnaire, liver stiffness measurement (Fibroscan) and virological analysis (HCV RNA viral load and genotyping). During the study period, 1350 persons registered at the OST clinic: all had a HCV serology including 409 (30%) positive results. Among the HCV-seropositive individuals, 207 (51%) were active attenders and 153 (37%) were enrolled for clinical assessment: 141 (92%) were male, median age: 38 years (IQR 34-41), and 65 (44%) were co-infected with HIV; 116 patients (76%) had detectable HCV RNA, with genotypes 1a (68%) and 4a (32%); 21 (17%) had clinically significant fibrosis (≥F2) and 6 (5%) had cirrhosis (F4). None were offered HCV treatment. Chronic hepatitis C among PWID enrolled in the OST centre in Dar-es-Salaam is frequent, but its continuum of care is insufficient; integration of HCV diagnosis and treatment should form a part of OST intervention in PWID in Tanzania.