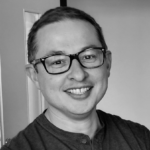 Prokaryotes are characterized by an extreme flexibility of their respiratory systems allowing them to cope with various extreme environments. To date, supramolecular organization of respiratory systems appears as a conserved evolutionary feature as supercomplexes have been isolated in bacteria, archaea, and eukaryotes. Most of the yet identified supercomplexes in prokaryotes are involved in aerobic respiration and share similarities with those reported in mitochondria. Supercomplexes likely reflect a snapshot of the cellular respiration in a given cell population. While the exact nature of the determinants for supramolecular organization in prokaryotes is not understood, lipids, proteins, and subcellular localization can be seen as key players. Owing to the well-reported supramolecular organization of the mitochondrial respiratory chain in eukaryotes, several hypotheses have been formulated to explain the consequences of such arrangement and can be tested in the context of prokaryotes. Considering the inherent metabolic flexibility of a number of prokaryotes, cellular distribution and composition of the supramolecular assemblies should be studied in regards to environmental signals. This would pave the way to new concepts in cellular respiration.