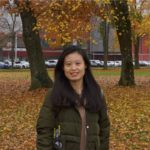 Recent studies reveal that tonal language speakers with autism have enhanced neural sensitivity to pitch changes in nonspeech stimuli but not to lexical tone contrasts in their native language. The present ERP study investigated whether the distinct pitch processing pattern for speech and nonspeech stimuli in autism was due to a speech-specific deficit in categorical perception of lexical tones. A passive oddball paradigm was adopted to examine two groups (16 in the autism group and 15 in the control group) of Chinese children’s Mismatch Responses (MMRs) to equivalent pitch deviations representing within-category and between-category differences in speech and nonspeech contexts. To further examine group-level differences in the MMRs to categorical perception of speech/nonspeech stimuli or lack thereof, neural oscillatory activities at the single trial level were further calculated with the inter-trial phase coherence (ITPC) measure for the theta and beta frequency bands. The MMR and ITPC data from the children with autism showed evidence for lack of categorical perception in the lexical tone condition. In view of the important role of lexical tones in acquiring a tonal language, the results point to the necessity of early intervention for the individuals with autism who show such a speech-specific categorical perception deficit.