P40 and P75 Are Singular Functional Muramidases Present in the Taxon 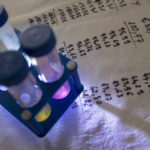 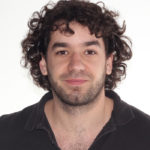 and proteins P40 and P75 belong to a large family of secreted cell wall proteins that contain a carboxy(C)-terminal CHAP or NlpC/P60 superfamily domains. In addition to their peptidoglycan hydrolases activity, proteins in this family are specific antigens of pathogens, frequently responsible of interactions with the host. GG and BL23 purified P40 and P75 proteins have antiapoptotic activity by inducing the EGF/Akt pathway. The aim of this work was to study the genetics, phylogeny and dissemination of this family of proteins in the genus as well as their characteristics and likely function. The scrutiny of their DNA encoding sequences revealed the presence of minisatellite DNA in the P75 encoding gene of strains (B) with intraspecific indels that gave raise to four different alleles (B1-4), which are exclusive of this species. Phylogenic analyses suggest that both proteins are present mainly in the and phylogenomic groups. A P40 ancestral gene was possibly present in the common ancestor of , and . P75 is also present in and groups, but its evolution is difficult to explain only by vertical transmission. Antibodies raised against the N-terminal regions of P40 and P75 improved their immunological detection in culture supernatants as they recognized almost exclusively proteins of strains, highlighting their structural similarity, that allowed to detect them in different fermented dairy products that contained probiotic strains. Purified P40 and P75 proteins showed no evident lytic activity but they complemented BL23 A and B defective mutants, respectively, thus proving that they actively participate in cell division.