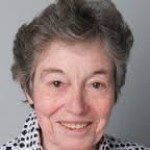 The epithelium of the small intestine in normal euthymic mice contains a large number of intraepithelial lymphocytes (IEL), some of which bear a T cell receptor alpha/beta (TCR-alpha/beta). About half of these TCR-alpha/beta IEL display the CD8 alpha alpha phenotype and the remaining have the CD8 alpha beta or the CD4 phenotypes. To examine whether TCR-alpha/beta IEL have a TCR-beta chain repertoire as diverse as that of TCR-alpha/beta lymph node lymphocytes (LNL), we used a recently described PCR technique that allows a global analysis of the TCR-beta chain repertoire. Within any given mouse, the repertoires expressed in both CD8 alpha alpha and CD8 alpha beta TCR-alpha/beta IEL populations are oligoclonal and nonoverlapping between the two subsets. The clones are largely conserved through the length of the small intestine of the same individual. However, genetically identical individuals raised under indistinguishable environmental conditions display distinct oligoclonal repertoires. Those findings indicate that few cells of CD8 alpha alpha or of the CD8 alpha beta phenotype are responsible for the repopulation of the intestinal epithelium.