e.g. searching for members in projects tagged cancer
Search for
Count
IN
OUT
Content 1
Content 2
Search
Go back
Scroll to top
Share
Using serological studies to reconstruct the history of bluetongue epidemic in French cattle under successive vaccination campaigns.
A multi-faceted pandemic: a review of the state of knowledge on the Zika virus
© Research
Publication : Cerebral cortex (New York, N.Y. : 1991) 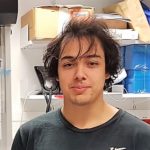