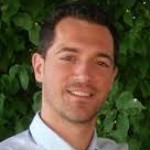 Innate lymphoid cells (ILC) are important players of early immune defenses in situations like lymphoid organogenesis or in case of immune response to inflammation, infection and cancer. Th1 and Th2 antagonism is crucial for the regulation of immune responses, however mechanisms are still unclear for ILC functions. ILC2 and NK cells were reported to be both involved in allergic airway diseases and were shown to be able to interplay in the regulation of the immune response. CXCR6 is a common chemokine receptor expressed by all ILC, and its deficiency affects ILC2 and ILC1/NK cell numbers and functions in lungs in both steady-state and inflammatory conditions. We determined that the absence of a specific ILC2 KLRG1ST2 subset in CXCR6-deficient mice is probably dependent on CXCR6 for its recruitment to the lung under inflammation. We show that despite their decreased numbers, lung CXCR6-deficient ILC2 are even more activated cells producing large amount of type 2 cytokines that could drive eosinophilia. This is strongly associated to the decrease of the lung Th1 response in CXCR6-deficient mice.