e.g. searching for members in projects tagged cancer
Search for
Count
IN
OUT
Content 1
Content 2
Search
Go back
Scroll to top
Share
Specific aspects of consanguinity: some examples from the Tunisian population
Effectiveness of bacteriophages in the sputum of cystic fibrosis patients
© Research
Publication : Soft matter 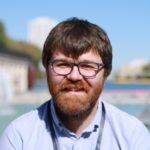 In recent decades, significant advances have been made in the description and modelling of tissue morphogenesis. By contrast, the initial steps leading to the formation of a tissue structure, through cell-cell adhesion, have so far been described only for small numbers of interacting cells. Here, through the use of remote magnetic forces, we succeeded at creating cell aggregates of half million cells, instantaneously and for several cell types, not only those known to form spheroids. This magnetic compaction gives access to the cell elasticity, found in the range of 800 Pa. The magnetic force can be removed at any time, allowing the cell mass to evolve spontaneously thereafter. The dynamics of contraction of these cell aggregates just after their formation (or, in contrast, their spreading for non-interacting monocyte cells) provides direct information on cell-cell interactions and allows retrieving the adhesion energy, in between 0.05 and 2 mJ m(-2), depending on the cell type tested, and in the case of cohesive aggregates. Thus, we show, by probing a large number of cell types, that cell aggregates behave like complex materials, undergoing a transition from a wet granular to contractile network, and that this transition is controlled by cell-cell interactions.