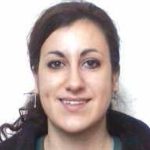 Leishmania parasites are transmitted to vertebrate hosts by female phlebotomine sand flies as they bloodfeed by lacerating the upper capillaries of the dermis with their barbed mouthparts. In the sand fly midgut secreted proteophosphoglycans from Leishmania form a biological plug known as the promastigote secretory gel (PSG), which blocks the gut and facilitates the regurgitation of infective parasites. The interaction between the wound created by the sand fly bite and PSG is not known. Here we nanoinjected a sand fly egested dose of PSG into BALB/c mouse skin that lead to the differential expression of 7,907 transcripts. These transcripts were transiently up-regulated during the first 6 hours post-wound and enriched for pathways involved in inflammation, cell proliferation, fibrosis, epithelial cell differentiation and wound remodelling. We found that PSG significantly accelerated wound healing in vitro and in mice; which was associated with an early up-regulation of transcripts involved in inflammation (IL-1β, IL-6, IL-10, TNFα) and inflammatory cell recruitment (CCL2, CCL3, CCL4, CXCL2), followed 6 days later by enhanced expression of transcripts associated with epithelial cell proliferation, fibroplasia and fibrosis (FGFR2, EGF, EGFR, IGF1). Dermal expression of IGF1 was enhanced following an infected sand fly bite and was acutely responsive to the deposition of PSG but not the inoculation of parasites or sand fly saliva. Antibody blockade of IGF1 ablated the gel’s ability to promote wound closure in mouse ears and significantly reduced the virulence of Leishmania mexicana infection delivered by an individual sand fly bite. Dermal macrophages recruited to air-pouches on the backs of mice revealed that IGF1 was pivotal to the PSG’s ability to promote macrophage alternative activation and Leishmania infection. Our data demonstrate that through the regurgitation of PSG Leishmania exploit the wound healing response of the host to the vector bite by promoting the action of IGF1 to drive the alternative activation of macrophages.