Influenza B Virus Infection Is Enhanced Upon Heterotypic Co-infection With Influenza A Virus. 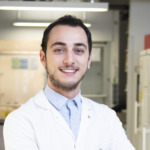 Homotypic co-infections with influenza viruses are described to increase genetic population diversity, to drive viral evolution and to allow genetic complementation. Less is known about heterotypic co-infections between influenza A (IAV) and influenza B (IBV) viruses. Previous publications showed that IAV replication was suppressed upon co-infection with IBV. However, the effect of heterotypic co-infections on IBV replication was not investigated. To do so, we produced by reverse genetics a pair of replication-competent recombinant IAV (A/WSN/33) and IBV (B/Brisbane/60/2008) expressing a GFP and mCherry fluorescent reporter, respectively. A549 cells were infected simultaneously or 1 h apart at a high MOI with IAV-GFP or IBV-mCherry and the fluorescence was measured at 6 h post-infection by flow cytometry. Unexpectedly, we observed that IBV-mCherry infection was enhanced upon co-infection with IAV-GFP, and more strongly so when IAV was added 1 h prior to IBV. The same effect was observed with wild-type viruses and with various strains of IAV. Using UV-inactivated IAV or type-specific antiviral compounds, we showed that the enhancing effect of IAV infection on IBV infection was dependent on transcription/replication of the IAV genome. Our results, taken with available data in the literature, support the hypothesis that the presence of IAV proteins can enhance IBV genome expression and/or complement IBV defective particles.