Human and animal botulism surveillance in France from 2008 to 2019. 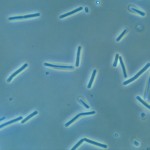 Botulism is a human and animal neurological disease caused by the action of bacterial neurotoxins (botulinum toxins) produced by bacteria from the genus Clostridium. This disease induces flaccid paralysis that can result in respiratory paralysis and heart failure. Due to its serious potential impact on public health, botulism is a closely monitored notifiable disease in France through a case-based passive surveillance system. In humans, this disease is rare, with an average of 10 outbreaks reported each year, mainly due to the consumption of contaminated foods. Type B and to a lesser extend type A are responsible for the majority of cases of foodborne botulism. Each year, an average of 30 outbreaks are recorded on poultry farms, about 20 cases in wild birds and about 10 outbreaks in cattle, involving a large number of animals. Mosaic forms C/D and D/C in birds and cattle, respectively, are the predominant types in animals in France. Types C and D have also been observed to a lesser extent in animals. With the exception of botulinum toxin E, which was exceptionally detected throughout the period in wild birds, the types of botulism found in animal outbreaks are different from those identified in human outbreaks over the last ten years in France and no human botulism outbreaks investigated have been linked to animal botulism. In line with the One Health concept, we present the first integrative approach to the routine surveillance of botulism in humans and animals in France.