e.g. searching for members in projects tagged cancer
Search for
Count
IN
OUT
Content 1
Content 2
Search
Go back
Scroll to top
Share
Helicobacter pylori versus the host: remodeling of the bacterial outer membrane is required for survival in the gastric mucosa
Cytoplasmic incompatibility as a means of controlling Culex pipiens quinquefasciatus mosquito in the islands of the south-western Indian Ocean
© Research
Publication : PloS one 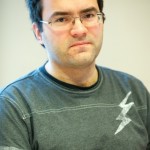