e.g. searching for members in projects tagged cancer
Search for
Count
IN
OUT
Content 1
Content 2
Search
Go back
Scroll to top
Share
The trans-envelope architecture and function of the type 2 secretion system: new insights raising new questions.
Dispersals and genetic adaptation of Bantu-speaking populations in Africa and North America
© Shalin E. Abraham, Michael Häusser, Christoph Schmidt-Hieber, University College London
The dentate gyrus is one of the few mammalian brain regions where new neurons are generated throughout life. The image was taken with a confocal microscope from a parasagittal slice of the mouse hippocampus. Cells were labelled with fluorescent markers: Newly generated neurons are red (doublecortin), mature neurons are green (NeuN), and nuclei are blue (DAPI)
Publication : Journal of computational neuroscience 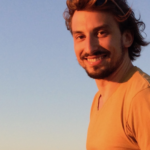 Hippocampus stores spatial representations, or maps, which are recalled each time a subject is placed in the corresponding environment. Across different environments of similar geometry, these representations show strong orthogonality in CA3 of hippocampus, whereas in the CA1 subfield a considerable overlap between the maps can be seen. The lower orthogonality decreases reliability of various decoders developed in an attempt to identify which of the stored maps is active at the moment. Especially, the problem with decoding emerges with a need to analyze data at high temporal resolution. Here, we introduce a functional-connectivity-based decoder, which accounts for the pairwise correlations between the spiking activities of neurons in each map and does not require any positional information, i.e. any knowledge about place fields. We first show, on recordings of hippocampal activity in constant environmental conditions, that our decoder outperforms existing decoding methods in CA1. Our decoder is then applied to data from teleportation experiments, in which an instantaneous switch between the environment identity triggers a recall of the corresponding spatial representation . We test the sensitivity of our approach on the transition dynamics between the respective memory states (maps). We find that the rate of spontaneous state shifts (flickering) after a teleportation event is increased not only within the first few seconds as already reported, but this instability is sustained across much longer (> 1 min.) periods.