Dermacentor reticulatus – a tick on its way from glacial refugia to a panmictic Eurasian population. 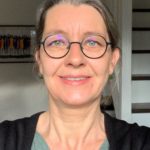 The ornate dog tick (Dermacentor reticulatus) shows a recently expanding geographic distribution. Knowledge on its intraspecific variability, population structure, rate of genetic diversity and divergence, including its evolution and geographic distribution, is crucial to understand its dispersal capacity. All such information would help to evaluate the potential risk of future spread of associated pathogens of medical and veterinary concern. A set of 865 D. reticulatus ticks was collected from 65 localities across 21 countries, from Portugal in the west to Kazakhstan and southern Russia in the east. Cluster analyses of 16 microsatellite loci were combined with nuclear (ITS2, 18S) and mitochondrial (12S, 16S, COI) sequence data to uncover the ticks’ population structures and geographical patterns. Approximate Bayesian computation was applied to model evolutionary relationships among the found clusters. Low variability and a weak phylogenetic signal showing an east-west cline were detected both for mitochondrial and nuclear sequence markers. Microsatellite analyses revealed three genetic clusters, where the eastern and western cluster gradient was supplemented by a third, northern cluster. Alternative scenarios could explain such a tripartite population structure by independent formation of clusters in separate refugia, limited gene flow connected with isolation by distance causing a “bipolar pattern”, and the northern cluster deriving from admixture between the eastern and western populations. The best supported demographic scenario of this tick species indicates that the northern cluster derived from admixture between the eastern and western populations 441 (median) to 224 (mode) generations ago, suggesting a possible link with the end of the Little Ice Age in Europe.