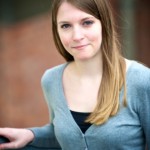 Little is known about impact of genetic divergence of human immunodeficiency virus type 1 group O (HIV-1/O) relative to HIV-1 group M (HIV-1/M) on therapeutic outcomes. We aimed to determine if responses to standardized combination antiretroviral therapy (cART) were similar between groups despite strain divergence.We performed an open nonrandomized study comparing the immunological, virological, and clinical responses to cART based on 2 nucleoside reverse transcriptase inhibitors plus 1 ritonavir-boosted protease inhibitor, in naive and paired HIV-1/O vs HIV-1/M infected (+) patients (ratio 1:2), matched on several criteria. The primary endpoint was the proportion of patients with undetectable plasma viral load (pVL, threshold 60 copies/mL) at week (W) 48. Secondary endpoints were the proportion of patients with undetectable pVL at W24 and W96 and CD4 evolution between baseline and W24, W48, and W96.Forty-seven HIV-1/O+ and 94 HIV-1/M+ patients were included. Mean pVL at baseline was significantly lower by 1 log for HIV-1/O+ vs HIV-1/M+ patients. At W48, no significant difference was observed between populations with undetectable pVL and differences at W24 and W96 were not significant. A difference in CD4 gain was observed in favor of HIV-1/M at W48 and W96, but this was not significant when adjusted on both matched criteria and pVL at baseline.Our data demonstrate similar immunovirological and clinical response between HIV-1/O+ and HIV-1/M+ patients. They also reveal significantly lower baseline replication for HIV-1/O variants, suggesting specific virological properties and physiopathology that now need to be addressed.NCT00658346.