Biochemical characterization and NMR studies of the nucleotide-binding domain 1 of multidrug-resistance-associated protein 1: evidence for interaction between ATP and Trp653 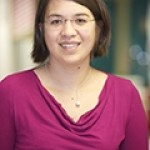 Multidrug-resistance-associated protein 1 (MRP1/ABCC1) is a human ATP-binding cassette transporter that confers cell resistance to antitumour drugs. Its NBDs (nucleotide-binding domains) bind/hydrolyse ATP, a key step in the activation of MRP1 function. To relate its intrinsic functional features to the mechanism of action of the full-size transporter, we expressed the N-terminal NBD1 domain (Asn(642) to Ser(871)) in Escherichia coli. NBD1 was highly purified under native conditions and was characterized as a soluble monomer. (15)N-labelling allowed recording of the first two-dimensional NMR spectra of this domain. The NMR study showed that NBD1 was folded, and that Trp(653) was a key residue in the NBD1-ATP interaction. Thus, interaction of NBD1 with ATP/ADP was studied by intrinsic tryptophan fluorescence. The affinity for ATP and ADP were in the same range (K (d(ATP))=118 microM and K (d(ADP))=139 microM). Binding of nucleotides did not influence the monomeric state of NBD1. The ATPase activity of NBD1 was magnesium-dependent and very low [V (max) and K (m) values of 5×10(-5) pmol of ATP x (pmol NBD1)(-1) x s(-1) and 833 microM ATP respectively]. The present study suggests that NBD1 has a low contribution to the ATPase activity of full-length MRP1 and/or that this activity requires NBD1-NBD2 heterodimer formation.