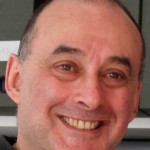 Professor Alain Israël is author of more than 150 publications in major international journals. He also holds many positions of responsability within various research organizations and is notably a member of the EMBO and CNRS Scientific Councils, and of the French National Academy of Sciences.

Since October 2000, Professor Alain Israël is Vice-President for Scientific Assessment at the Institut Pasteur.